Crown Hope International Academy was founded by a Christian Family, who were burdened by the inadequate education being given their children in the inner city of London which was compounded by the prevalent lack of holistic curriculum and environment in the late eighties. The burden became a challenge to establish affordable, transformational supplementary and day schools in England. The challenge has transformed into an international vision to raise God fearing, astute and innovative learners fit for the 21st century and beyond. It is our constant belief that each child is a unique individual, and equipped with potentials to make productive contributions universally.

(Students will complete Key stage 1, 2 and at key stage 3 & 4 ( 11 - 18+) learning will be directed to these exams. We hope to specialise in the sciences, preparing students with strong aptitude in those subjects for higher education in courses such as Engineering, Computer Science and  Medicine amongst others. To this end, emphasis will be on the following subjects:

We aim to provide a broad and balanced early years curriculum with lots of opportunities for first-hand experience, through concrete and structural activities (Montessori and Contemporary methods) within the nursery dept. We have two groups: the rising 3 - 4’s and 5’s.

Activities at our nursery are planned to help develop the children’s skills, knowledge and attitude in the following areas:

These categories support the ten areas of our curriculum and other skills in the Montessori activities which are:

Progress is constantly monitored through observation and indirect assessments. Parents are always welcome to discuss their child’s profile report as well as join in “bonding activities”. A transition record is produced at the end of the year and passed on to the children’s new teacher to aid smooth and happy move.

The nursery environment ensures that all the children feel included, secure and valued. Our setting has a strong “homely and nurturing” environment which is both stimulating and child friendly. Children enjoy enhancing outdoor and indoor activities. 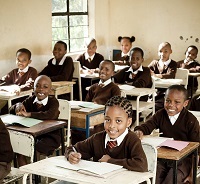 The pre-prep depart has children from 6 to 8 years. Emphasis on the basic skills, which have been established in the nursery and reception department, continues and the pace of work quickens. Between ages six and seven, we strive to ensure that the children will be reading at least a year ahead of their chronological age.

The Prep department has children from 9 to 11years. At this level the children continue to improve and expand their programme of learning and skills with curriculum broadening to include Social studies, RE, Philosophy, Verbal reasoning.

It is our desire that CHIA will ultimately become a one-stop-shop to take our children through the various stages of academic, social and spiritual development in preparation for their higher education and fulfilling career. 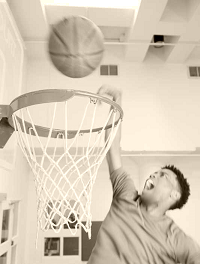 There is far more to education than just what takes place in the classrooms. Our main curriculum will be supplemented and complemented with a full programme of activities both during and out of school hours.

We are always looking for people to join our team. Please do come back to check for job vacancies. Staff Application Form